What’s better than reading books? Reading free books! A couple of years ago I stumbled upon Wattpad, an online platform for sharing stories of aspiring authors. And all of the books are free to read. Wattpad is perfect for on the go; you can read it on your phone, tablet or computer wherever you are. Even if you switch devices, it remembers exactly at what point in the story you stopped reading and picks up where you left off. Wattpad is perfect for me during lunch hours or when I’m stuck in traffic. And although books are not traditionally published and didn’t go through the whole process of editing, proof-reading, and editing some more, there are some truly hidden gems on this platform. So today I’m sharing 5 of my favorite books on Wattpad with you, and you don’t want to miss out on these!

Maybe One Day by UnsinkableShips

This New Adult romance novel by UnsinkableShips tells the story of eighteen-year-old Hayley Donovan. She has been desperate to leave her small town behind, ever since tragedy struck her family two years ago. So when it’s finally time for her to graduate from high school, Hayley moves two hundred miles away, attending the University of Georgia so that she can start fresh.

The only catch is, relocating to Athens means coming face to face with Jace Hammond, her best friend’s older brother, after almost a year…

Too bad his personality is so full of shit.

Ever since our horrible encounter two months ago, we have pretty much established the fact that we hate each other. So there’s no reason for the both of us to cross paths anymore, right?

Now that my parents’ company has gone bankrupt, they have to turn to his father for help. Harry Kerrington offers to help the company and my parents on one condition: I’m to be engaged to his son. So basically I’m thrown together with the guy I loathe for the next three years of my life.
Daniel and I have to push our feelings of mutual hatred aside and play our own part in making our fake engagement believable. We’ve got a lot to do if we want to make this work.

But little did we know that we would be so wrapped up in our very own perfect illusion.

Sienna Lane has finally got her life the way she wants it to be. A steady job at the local gym? Check. An awesome sister as a roommate? Check. A perfect boyfriend who adores and loves her? Check.

Sienna thinks she has everything figured out. That is until she discovers that her boyfriend has been screwing around with her very own sister.

To make things worse, god has decided to bestow upon her the presence of Kayden Williams. He’s moody, resentful and has a lot of issues, but he is indeed a great fighter – perhaps one of the best if it weren’t for the fact that he has been defeated in the ring by none other than Sienna’s ex.

Both of them need each other more than they think they do. Kayden wants glory and Sienna needs him to fuel her revenge as well as a place to stay. She makes a deal with him to train for the biggest fight of his life against her own ex-boyfriend in exchange for living in his apartment.

Boundaries have been set. Both Kayden and Sienna have to stick to the rules and play nice. But that is proven difficult considering the fact that maybe…they don’t dislike each other as much as they think they do.

In fact, they may just be addicted to each other.

”My hands tightened around the small wrapped package they held preciously in their clutches, and I took a deep breath of frosty air as I thought of where I was heading, where the package was destined.”

A few days before the 25th, Farah Dailey decided to take a risk and anonymously deliver a Christmas gift to her long-time crush, Jamie Bright. Things don’t go quite as planned when a sudden snow blizzard strikes and Farah blunders her way into a sweet shop – coincidentally owned by Jamie’s family.

But perhaps being trapped with your crush inside a sweet shop isn’t all bad?

Hired To Love by Jordan Lynde

For Bennett, the plan was simple. Hire a girl to pretend to be his girlfriend, keep the facade up for six months, stage a break-up and then claim he was too heart broken to move on.

For Henley, things were a bit more complicated. After all, who could just sign on to be someone’s pretend girlfriend? And how could she keep up with someone like Bennett? Wealthy, successful, handsome, arrogant…the complete opposite of her in many ways.

But hey. The money was good. And with her brother in jail for a crime he didn’t commit, she could use it.

Torn between playing pretend with a rich guy with no manners and trying to solve the mystery behind her brother’s accident, Henley doesn’t lead the easiest life. But maybe Bennett doesn’t lead the perfect life Henley thinks he does either, slowly realizing he has his own secrets and problems to hide.

Are you a Wattpad reader? I would love to hear your recommendations! If you’re heading over to Wattpad for the first time, setting up an account is fairly simple. You can even one click by signing in with Facebook. I hope you enjoy the stories as much as I do. Happy reading! 💙 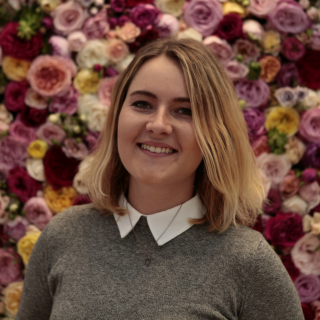 Lara Kuhr is an online marketer, specializing in content creation, and a writer by heart. With eight years of blogging experience on various topics, she discovered her preferred subjects are flowers, books, and weddings. From website articles to Instagram posts to product flyers: Lara writes them all. She lives with her four-legged friends in a picturesque town in the Netherlands. When she is not busy working, she's either traveling or reading one of the many books from her shelves. There's probably also something with way too much sugar baking in the oven.